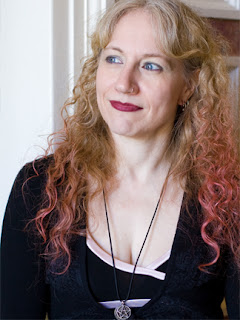 Contest Announcement: Jane is giving away an ebook of either The Fallen Queen or The Midnight Court, winner’s choice. (Note that if they choose The Midnight Court, the prize won’t be available until the book is released, currently scheduled for August 14.). Please leave a comment with your email address for Jane. Contest closes June 20th.

Five Ways for Your Alpha Hero to Win Me Over

I have a confession to make. I’m generally not a fan of the alpha hero. On principal, they strike me as arrogant and two-dimensional. (Though, of course, in practice, there are many exceptions to this rule.) If a character needs his ego stroked, thinks he’s always right, and women’s legs turn to jelly around him, I’ve already tuned out. But I have to admit, there are certain surefire elements that can instantly convert me from an alpha-hater to a closet alpha-holic.

1. Make him a paranormal creature of some sort. I’ll cut a paranormal hero all kinds of slack. They just can’t help it. It’s in their nature. A vampire can get away with some seriously creepy, controlling behavior because he kind of has to, or he’s not much of a vampire. A werewolf? He’s got a pack to worry about. If he isn’t alpha, he’s groveling to someone else, and nobody wants a groveling hero. Granted, this kind of hero takes a really gutsy heroine to stand up to him, human or otherwise, for me to go along with the suspension of disbelief. But if she’s a little overwhelmed on occasion by his hypnotic or animalistic nature? I’m not going to complain.

2. Put him in a historical setting. Gothic, Victorian, Regency, Medieval? Highlander? Gladiator? Knight? I’m in. He gets a pass because he’s a product of his time—so long as he’s not being an ass about his privilege. And recent history, like the Mad Men era, won’t cut it. Those guys had totally overstayed their patriarchal welcome. They were no longer exercising chivalry with their privilege, which is the necessary ingredient to make it palatable. Is your hero Don Draper? Sorry. Kicked to the curb. (Not that I’m not drooling a bit over those suits.)

3. Put him in a same-sex relationship. The same behavior in a straight male hero that would make me grind my teeth suddenly has me salivating when the hero’s lover is male. I’m no longer concerned about the inherent inequities in the relationship—although there’s no need for him to be a jerk about his toppishness. And if the other guy’s legs turn to jelly? That’s just fine with me. Keep it coming. As long as the other guy is equally well-rounded and not a doormat, I’m all yours.

4. Make him really, really damaged. Like abused-in-childhood- or PTSD-damaged. But in this case, you have to win me over by not letting him get away with using his damaged past as an excuse to be abusive and controlling in return. This alpha needs a heroine (or hero) to rescue his heart from the walls he’s built around it. 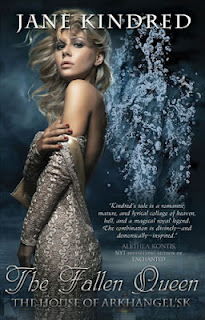 As a bonus, his bisexual lover Vasily shares many of the same characteristics (demon? damaged? check, check). And though he’s obviously not the dominant in his relationship with Belphagor, he does switch when the occasion calls for it with his angelic female lover.

While I didn’t set out to incorporate all of these elements into one character, it was only natural that they’d come into alignment when I was writing my demon rogue. Consequently, Belphagor has me wrapped around his little finger.

About the book:
Against the pristine ice of Heaven, spilled blood and a demon’s fire will spark celestial war.

The exiled heir to the throne of Heaven, Grand Duchess Anazakia and her demon companions, Belphagor and Vasily, have made a comfortable home in the Russian city of Arkhangel’sk, but their domestic bliss is short lived. When their daughter Ola is taken as a pawn in Heaven’s demon revolution, the delicate fabric of their unorthodox family is torn apart—threatening to separate Belphagor and Vasily for good.

Anazakia is prepared to move Heaven and Earth to get her daughter back from Queen Aeval, risen in Elysium from the ashes of temporary defeat. But Aeval isn’t the only one seeking Ola’s strange power.

To conquer the forces amassing against them, Anazakia is prophesied to spill the blood of one close to her heart, while Vasily’s fire will prove more potent than anyone suspected. In the battle for supremacy over Heaven’s empire, loyalties will be tested and secrets will be revealed, but love will reign supernal.

About the author:
Jane Kindred began writing fantasy at age 12 in the wayback of a Plymouth Fury—which, as far as she recalls, never killed anyone…who didn’t have it coming. She spent her formative years ruining her eyes reading romance novels in the Tucson sun and watching Star Trek marathons in the dark. Although she was repeatedly urged to learn a marketable skill, she received a B.A. in Creative Writing anyway from the University of Arizona.

She now writes to the sound of San Francisco foghorns while two cats slowly but surely edge her off the side of the bed.

I'm a fan of alpha heroes but agree there needs to be a reason for their alpha-ness (biological or cultural) for me to buy into it especially if there's a romance involved. Still trying to wrap my mind around the phrase "oozing alpha juice". lol

I do like an alpha hero I must admit. But then I really like unlikely heroes too. Ordinary guys who become extraordinary in the midst of a romance.

Haha, yeah that kind of just popped out of my brain. Like pheromones, only messier. ;)

I do love a good alpha hero. And an unexpected alpha hero can always be fun too.

I can't wait until Midnight Court is released... my e-mail is grace (dot) troxel (at) gmail (dot) com.

In compliance with recently updated FTC Guides Governing Endorsements, Testimonials, etc., please be advised that Love Romances and More Reviews does not, by virtue of its reviews "endorse" or provide "testimonals" via its reviews. Our reviews are unbiased and objective synopses and critiques of books we have read. While the majority of the books we received are provided free of charge by various publishers, we also acquire a number of our books via the library or self-purchase.