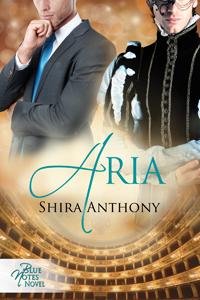 Contest Information: Shira will be giving away a copy of one of her backlisted titles (not Aria) to one lucky reader. All you need to do is leave a comment and your email address (so in case you win we have a way to contact you) and that is it. Easy, right? Contest closes December 29th, 2012. Winner to be announced on this post in the comments.

Please tell us a little about yourself and how long you've been writing. Have you always gravitated toward being an author?

I started my first novel when I was in sixth grade.  I’m sure I started at least a dozen novels over the years, but it wasn’t until about six years ago that I actually finished one.  I think what drew me to writing was my love of reading, especially sci fi/fantasy and romance.  I’d finish a book and not want to let go of the characters, so I’d imagine more stories for them.  Eventually, I began to imagine complete stories of my own.  And that’s really what I ended up publishing in the end:  stories that I would want to read about characters I would want to know more about.  I guess if you think of it that way, my writing is pretty self-indulgent!

How do you balance family life with your writing?
It’s not an easy thing to find time to write and raise a family.  It’s a balance that sometimes tips one way, and sometimes the other.  My husband is a very patient and supportive partner. We try to combine our loves—my love of writing and his love of sailing—by spending weekends at the coast, me with my laptop and him behind the wheel of our 30’ catamaran.

My children are a bit older now (my oldest just started college this year), so they don’t need quite as much of my time and attention as they used to.  But I’ve always felt that parents teach by doing—showing their children what it is to work hard at something you care about is the best way to learn about commitment and hard work.  My children have read some of my books, and they’ve told me they appreciate my writing.  That’s the best reward, isn’t it?

If you could trade places with a character in one of your books, who would it be and why?
That’s a tricky question to answer!  So assuming I could have the perfect home life to balance my career, I’d step into opera singer Aiden Lind’s shoes (“Aria”).  Aiden lives the life I once dreamed of living, traveling around the world and singing in the best opera houses. He meets interesting people, sings incredible music with the best conductors and orchestras, and enjoys his work.  Of course, I’d also want a happily ever after to go along with Aiden’s amazing career!

Anything your fans would be surprised to know about you?
I just got my open water scuba certification last summer.  For years, I’ve loved snorkeling, but this past year I literally took the plunge and learned to dive.  There’s nothing like being underwater and literally face to face with sea turtles, nurse sharks, fish and coral. So cool! 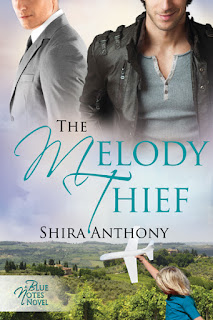 Dealing with writing deadlines can be a challenge. What do you do to cope with the stress?
LOL!  Probably not as well as I should!  But I prefer to write under a deadline—it keeps me from slacking off.  When I feel really stressed, I’ll do a bunch of things to decompress:  exercise, read other writers’ books, watch yaoi (fluffy gay Japanese anime), or share a drink with my husband on our boat.

Is there something special you do to celebrate when one of your books is released?
Not really.  On release day, I try to take it easy and just enjoy the moment.  Sometimes my husband and I will toast a release with a good bottle of wine, but usually it’s just a low-key evening to chill and relax before the next push.

Tell us about your latest/upcoming release. What is this gem about?
“Aria”, book three in my Blue Notes Series of classical music themed gay romances, will be released this Monday, (Christmas Eve!).  “Aria” is the story of opera singer Aiden Lind, whose operatic career is thriving, but his personal life is a mess.  His partner/London flat mate has been cheating on him, and he’s pretty much given up on relationships.

Aiden is invited to a party at the apartment of Blue Notes #1 pair Jules Bardon and Jason Green, and there he meets Sam Ryan, an attorney from .  It turns out Aiden and Sam met five years before, in , but Sam had just lost his longtime partner and love of his life, Nick, and Aiden had just received a scholarship to study in for a year, so the two men parted ways.  Five years later, they rekindle their romance, but a relationship with a world-famous opera singer isn’t an easy one, since Aiden’s constantly traveling.  The two men must learn to make their long-distance relationship work, and Sam must finally let go of Nick’s ghost.

Anything coming from you in the next few months you want to share or are working on?
I’ve got two spring releases coming from Dreamspinner Press (tentative March and April publications).  “Lighting the Way Home” is a story I co-wrote with writer E.m. Lynley, and is about a man who leaves his home on the lower east side of Manhattan for a career in Paris as a chef, only to learn that what he always wanted was back at home.  “Prelude” is the fourth in the Blue Notes Series, and is the story of conductor David Somers and violinist Alex Bishop, both of whom appear in the first three Blue Notes Series novels.

What is in your To Read Pile that you are dying to start or upcoming release you can’t wait for?
My to-read pile is getting to be pretty big!  Fortunately, it’s all on my Kindle.  Right now, I’m dying to read the next book in Jordan Castillo Price’s PsyCops series.  Her books are like chocolate—yummy and totally addictive!  I’ve read the first two, but need to get back to work on the rest!

Who is the one author that you would love to meet someday and why?
I’ve met so many of my favorite gay romance authors already, but there’s one in particular I hope to meet soon in person (we’ve talked a bunch on line):  Andrea Speed.  I love Andy’s Infected Series books (more books on my to-read pile), but more than that, she’s funny, sweet, and clever, and she’s been really helpful when I’ve had questions about writing.  Just a really cool person.

What is the best piece of advice you would give to someone that wants to get into writing?
Probably nothing new:  “Write as often as you can” and “Ask for and receive advice from other writers.”  The last one is the hardest.  Writers don’t get better just writing on their own—writers need input, and they need to incorporate constructive criticism into their writing.  Concrit can sting, but it makes you better.  Oh, and by the way, this is the same advice I give myself even after having published six books.

If we asked your muse to describe you in five words, what would they say about you?
When my muse isn’t sticking her tongue out at me?  She’d probably say I’m a little goofy and act like a big kid sometimes, but that I’m generally a good and kind person, slightly angsty, straightforward , and serious.

Anything else you want to add? Links?

Blurb: Five years after a prestigious scholarship jumpstarted his opera career, Aiden Lind has it all: fame, choice roles, and Lord Cameron Sherrington to share his life with. Maintaining his façade takes effort, but under his poised, sophisticated mask, Aiden is still the insecure kid from rural . Then he walks in on with another man, and the illusion of perfection shatters.

Philadelphia attorney Sam Ryan never moved on after his partner died, though he tried. Instead of dating, he keeps himself busy with work—but when he unexpectedly runs into ex-lover Aiden while on a rare vacation in Paris, he’s inspired to give their love a second chance. First, though, he’ll have to get Aiden to forgive him. Because when Sam was still grieving five years ago, he broke Aiden’s heart.

When rekindled lust blossoms into a true romance, it seems like the start of something wonderful. But Aiden’s career has him on the road much of the time, and the physical distance between him and Sam starts translating into an emotional disconnect. If Aiden and Sam can’t learn to communicate, their separation may prove more than their love can bear.


Aria Available from All Romance Ebooks

Loved the interview, Shira (and Dawn). It's always fascinating to see what makes the person behind the books tick and I can just about see my own tbr-pile grow a little :)

I love the series and have added Aria to my too buy list for this week.
Yvette
yratpatrol@aol.com

Hi Shira, it sounds as if you are having great success with your books. Your life seems pretty balanced to me.

May you have many more sales in the future.

It sounds as if you are having great success with your books. Your life sounds pretty balanced to me,especially with the children getting older.
Keep the books coming.
Thanks for sharing.

Sounds like a beautiful story! Best of luck with it. :)

Great interview! Everyone should hear you sing, Shira! Post a link!

Since Aisling suggested it (*blushes*), here's a clip of me singing "Tosca", in case you're interested: http://www.shiraanthony.com/wp-content/uploads/2012/06/tosca-visse-darte-exceprt1.mp3 -Shira

Great interview, Shira. I loved Blue Notes and am Looking forward to reading the rest of the series. Thanks so much for the opportunity at your giveaway!
taina1959@yahoo.com

In compliance with recently updated FTC Guides Governing Endorsements, Testimonials, etc., please be advised that Love Romances and More Reviews does not, by virtue of its reviews "endorse" or provide "testimonals" via its reviews. Our reviews are unbiased and objective synopses and critiques of books we have read. While the majority of the books we received are provided free of charge by various publishers, we also acquire a number of our books via the library or self-purchase.